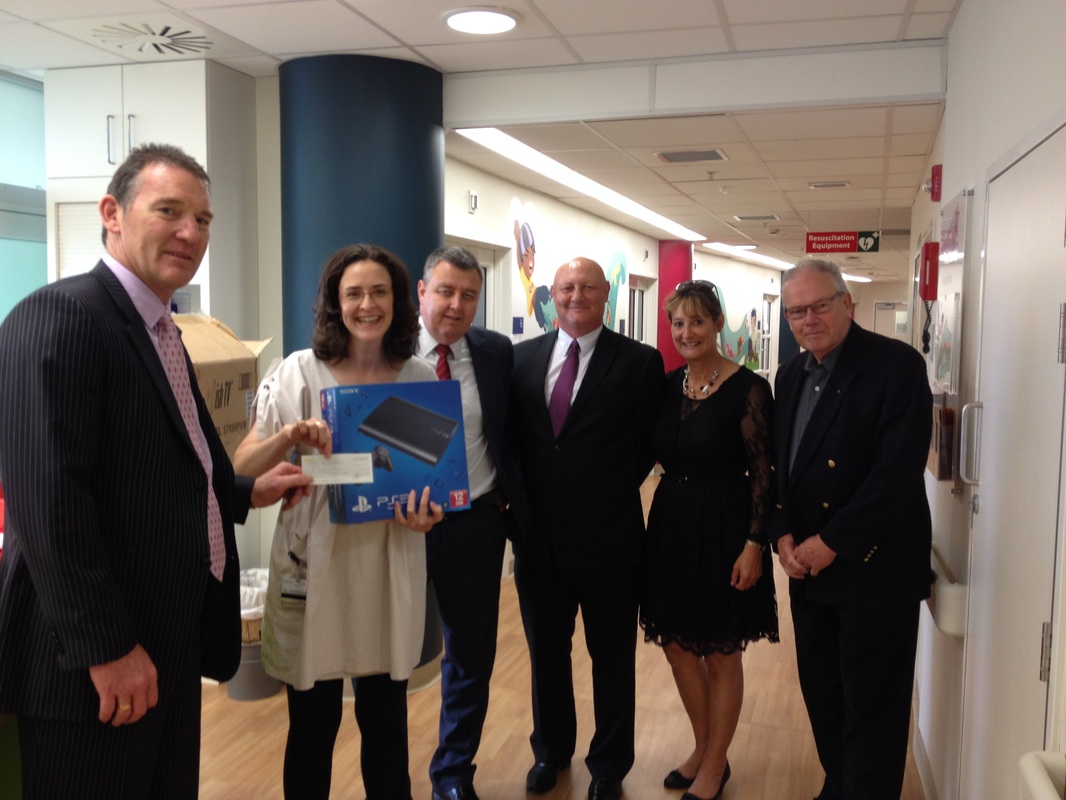 Not only did Starship receive $2500 from the raffle of a huge wooden Maori taonga carved by APN Print Ellerslie’s Phil Ost, but by combining with major retailer Noel Leemings, four PlayStations have also been donated to be used by the many kids in need of entertainment while receiving treatment.

SWUG chairman Dan Blackbourn said the raffle for the taonga held during the Awards Night raised $1250, which was matched dollar-for-dollar by the SWUG committee so that a total of $2500 was donated to Starship.

“We are delighted as an industry body to recognise the organisations and the people in the wider community who are making a difference. Starship and its staff are doing exactly that,” he said.

“The work they do with children in need of specialist care is amazing. We could not see this money go to a better cause.”

The money has already been put to good use — part of the proceeds were used to buy a stand-alone freezer to be used by the families that stay in the hospital while their children are receiving treatment. However — there’s more …

“A diagnosis of cancer or a blood disorder requiring a bone marrow transplantation often renders the immune system particularly vulnerable to infection (either due to the disease itself or the treatment required to treat it) and consequently all of the children cared for at the Starship Blood and Cancer Centre stay in single rooms and are often not well enough to spend time with other children playing or even to leave their rooms,” said Ms Conley.

“Electronic equipment such as televisions and PlayStations provide welcome distraction and so we’re very grateful that your generous donation has now allowed us to provide a PlayStation in every one of our single rooms.”

Ms Conley said the additional funds raised have been used to purchase a much-needed freezer for the centre’s parent kitchen.

“Many of our children and families come from out of town and need to stay with us for weeks and sometimes months. The ability for parents to be able to bring in frozen meals and other produce will allow them to plan better for expected admissions, freeze favourite family meals in advance and prepare meals for themselves (parents are not provided with meals whilst staying with their child in hospital).

“It’s hard to describe the excitement the arrival of the new freezer has created amongst the families on the unit and they are all enormously grateful.”

SWUG has made a point of using its conferences to raise funds for worthy causes.

Last year, children suffering from cancer in earthquake-ravaged Christchurch got closer to getting a family home built as a result of the generosity of delegates and former All Black captain Todd Blackadder.

The funds were spent directly on the services provided for families that had children receiving treatment and assisted fundraising towards a new family place after the previous building was demolished after the earthquakes.