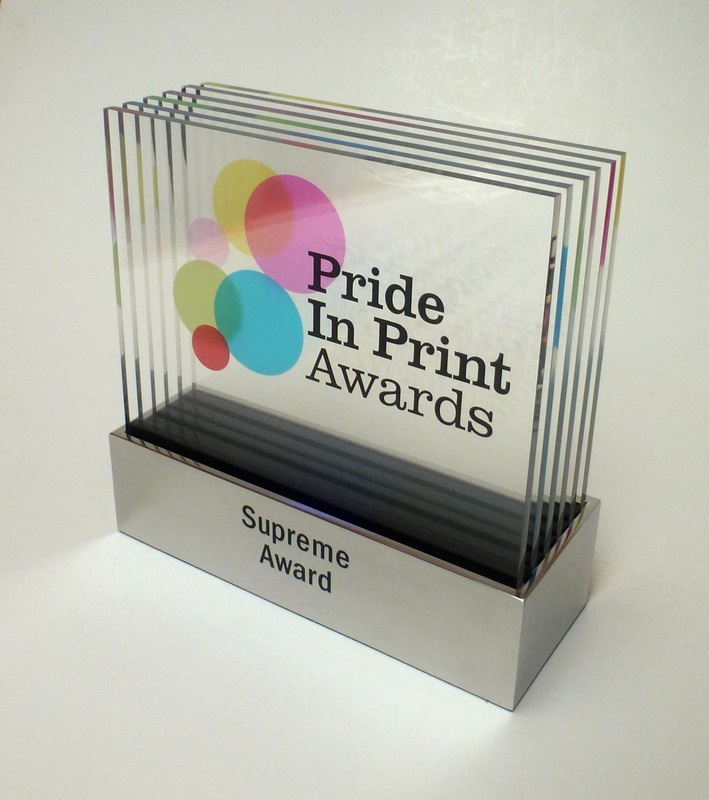 Unveiling the new trophy, Pride In Print manager Sue Archibald says excitement is mounting with less than three weeks to go before the pinnacle annual event in the New Zealand print sector.

“Following a pyramid and then plinth-based design, we have developed a trophy that reflects the new branding of the Awards programme,” says Ms Archibald.

“The four horizontal panels inserted into the stainless steel base reflect the coloured circles printed inside each pane. Wellington-based creative firm Anderson Design was the architect for both the new design and final construction.”

The Pride In Print Awards has maintained a deliberate policy of updating the trophy design every decade so there are only ever ten of each in existence -- Service Printers holding the unique status of being the only winners of the previous two designs.

“We are proud to be entering the third decade of Pride In Print on a very strong footing,” continues Ms Archibald.

“2014 entries are higher than the previous year and work entered into the 2014 Awards is of extremely high calibre -- making the judges job very difficult indeed. The winner of this year’s Supreme Award has achieved the highest honour in the New Zealand print industry -- they will be the best of the best.”