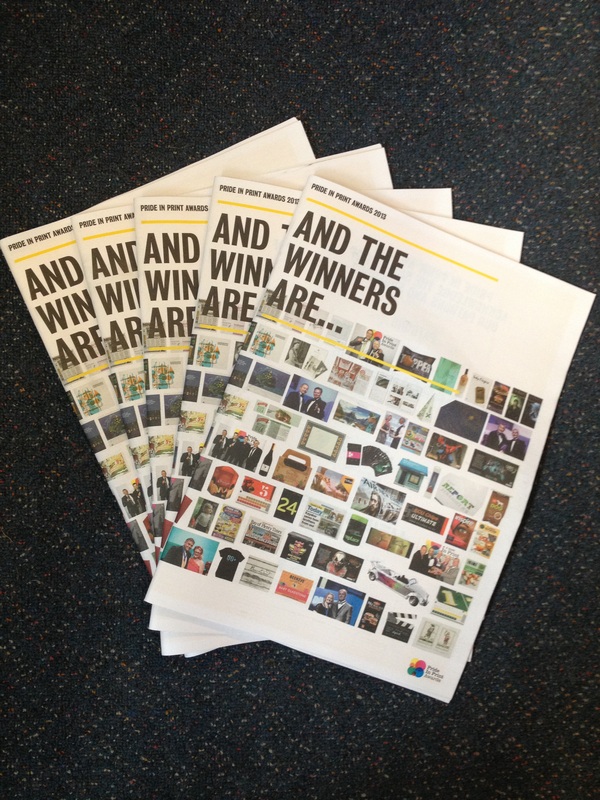 Thanks Goes Out for Pride In Print Tabloid Success continued ...

The tabloid was published only a couple of weeks after the rousing Awards Night in Wellington on Friday May 3, with 55,000 copies being printed and distributed in key newspapers in both the North and South Islands.

Dan Blackbourn of APN Print organised insertions in the APN News and Media titles nationally, with independent newspaper companies also giving a show of support to the Pride In Print campaign.

The tabloid distribution was carried in The Herald – Auckland and Wellington, The Press – Christchurch, The Otago Daily Times – Dunedin, The Gisborne Herald and The Ashburton Guardian.

Paper companies – Spicers, BJ Ball, B&F Papers and Norske Skog – were also very active in helping to get the tabloid in front of their design customers.

In an open letter of thanks to these companies, Awards manager Sue Archibald and chairman Scott Porter say: “We would like to thank you very much for your assistance distributing the Awards Tabloid for 2013. This support is appreciated, and has been so beneficial for our winners – we’ve had numerous stories of the winning printers being called and congratulated after their clients saw their work in the paper. This would not have been possible without you!

“55,000 copies of the tabloid were produced and distributed this year, thanks to your generous support. This doubled our distribution from last year – and we are hoping to carry on this growth for years to come!

“Thank you again for your generous contribution …. your help ensured we could ‘PRINT OUT LOUD!’”

Sue Archibald said that the deadline for insertion was the third Monday after the Awards Night, meaning the industry had to work together to turn around the design, printing and distribution, given that the tabloid included photographs and write-ups from the Awards Night itself.

“It is a great result we have been able to achieve for the industry thanks to industry leaders agreeing to provide this assistance. I have only 200 copies of the tabloid left in our office. Overall an excellent team effort.

“That is what Pride In Print was always meant to be about.”

Further information about the Awards can be found at the website www.prideinprintawards.co.nz.