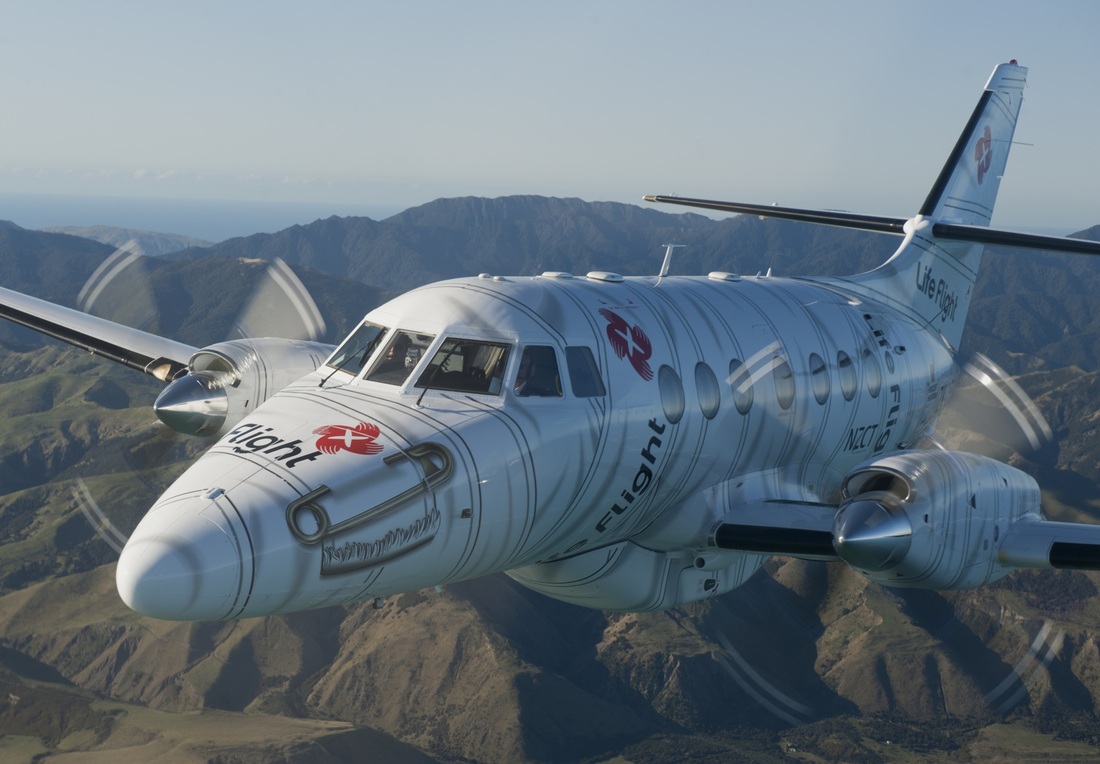 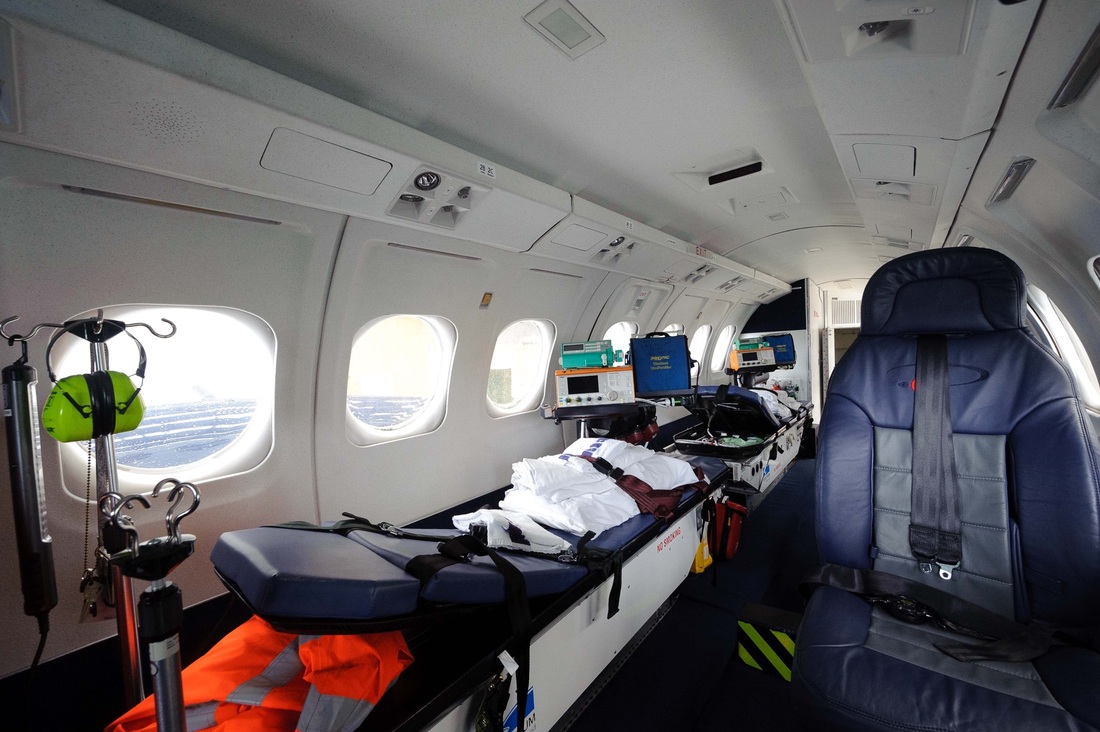 At 30 weeks and four days into her pregnancy, Briony Beddek says she needed to be admitted to Nelson Hospital on a Sunday morning after her waters broke suddenly.

“Nelson Hospital decided that we might need specialist care above what they could readily provide and by the Monday afternoon they had organised the air ambulance flight over to Wellington for my husband and I,” says Mrs Beddek.

“It was all a shock to the system, I was just starting to get comfortable with being pregnant and everything was going the right way. I certainly hadn’t considered that I wouldn’t be having my baby in the city that I live.

“But the hospital staff and the Life Flight crew took it all in their stride. They definitely make you feel like it is an everyday occurrence for them. It is a really amazing service that is provided.”

With her baby “adamant she was coming” despite labour-slowing medication, Olive was duly born that Wednesday in Wellington Hospital and two weeks later the family was flown back safe and well to Nelson.

The Beddek family joins a growing number of patients who are having their acute or specialised medical needs catered for by air ambulance via Nelson Airport. Such services being of particular importance due to the distance and time required to road transport to a tertiary hospital.

“In addition to the air ambulance services, we are finding a surprising number of passengers are also now travelling on regular airline flights for specialist medical treatment provided at main centre hospitals,” says Ms McNabb.

“While airports aren’t the stars of the local aviation story, they certainly deserve an Oscar for best supporting role in these situations!”

“So far this year there have been over 300 patient transfers by air ambulance from Nelson to other centres,” says Ms Price.

“The people transferred by air ambulance are often very sick and need specialist services that are not provided in Nelson. The airport provides crucial access to the network of regional and national health services for our population.”

“We are the only service contracted to fly Wellington Hospital’s doctors and nurses,” he says.

“If someone is ill beyond the capacity of Nelson Hospital, they often need Wellington’s intensive care doctors and nurses to be on the aircraft. So we bring the specialists with us, they take over the treatment of the patient and when they are considered well enough, we fly them urgently to the care they need.”

New Zealand Flying Doctor Service fixed-wing base operations manager Tony McCombe says his firm flies on an almost daily basis between Nelson, Blenheim, Wellington and Christchurch -- some days handling up to half a dozen patients.

“Generally we are shifting patients to a higher level of care or returning Nelson domiciled patient. The pilots and flight nurses are highly skilled in this specialised role. For stroke, head injury, cardiac, emergency child birth and multi-trauma patients, the recommended mode of transport to tertiary hospitals is by airlift.”

Mr McCombe says many people are not aware of the quality of the air ambulance service available until they themselves are involved in a transfer.

“The patient will usually travel with a family member. It is always a pleasure to see how grateful for this service the patient and family are when we fly them to their destination.

“This service is vital to the region. It is what connects the Nelson community with required treatments which are not available locally.”

New Zealand Airports Association chief executive Kevin Ward notes that the social contribution of an airport to its region can be less obvious than its economic role, but nonetheless has huge value.

“In an economic report for the Association last year, Nelson Airport stood out as making one of the biggest direct economic contributions from core airport activities -- $37.9 million value added in 2012 -- behind only Auckland, Wellington and Christchurch Airports,” he says.

“But this is really only the tip of the iceberg of the airport's role. You can't put a value on the access to medical facilities and the lives saved by the air network.”